The Importance of Cannabinoids in Professional Sports

Pain Management Has Changed For The Better

In the physically demanding world of professional sports, pain management is an absolute necessity. If the average person were cracked helmet-to-helmet by an NFL linebacker, or forced to play 82 games of an NBA or NHL season, their body wouldn't be able to handle the stress. Because of this, athletes routinely take ice baths and use foam rollers while they stretch. They have masseuses and trainers who rigorously stretch and relieve their muscles' fatigue. But, at the end of the day, that constant grind eventually wears sports players down, and they often need some sort of medicine to recover. On the one hand, prescription painkillers are always readily available, but they also have some pretty terrible side effects. Cannabis, on the other hand, is banned in certain leagues but offers a healthy, natural alternative. That said, the four major U.S. sports leagues all have extremely different policies on drug use.

The MLB is the most lax, and players routinely light up before and after games. This shouldn't really come as a surprise, considering players have been known to drink beer in the dugout during games. Seriously, Major League Baseball has always been the wild west when it comes to their drug policy. Dock Ellis once pitched a no hitter while on acid. 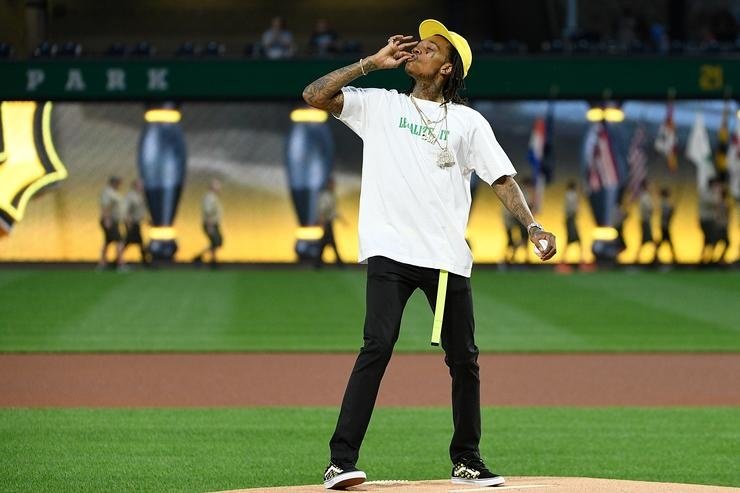 Wiz got the memo

The NHL, probably due to its Canadian roots, is also pretty relaxed when it comes to drug use. They only recently began testing their players for narcotics, and this was because of an uptick in cocaine use. Unlike other leagues, the NHL doesn't kick its players directly off the ice if they discover they're into hard drugs, either. They reach out a friendly, non-judgmental hand and offer them help. According to Riley Cote, about 50% of hockey players use cannabis in some way. 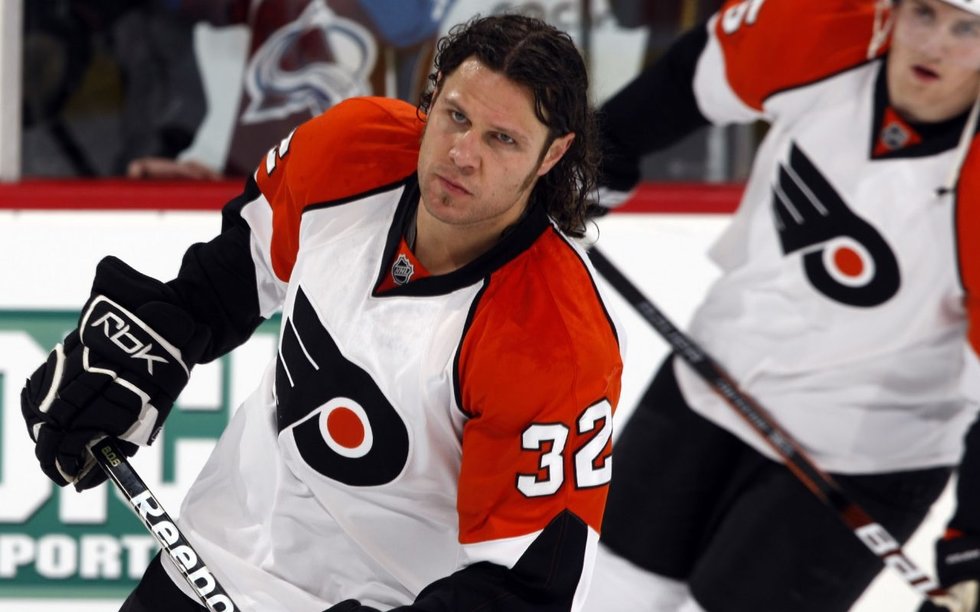 The NBA is run a lot like a state in which weed is decriminalized. Players are randomly tested four times per year, but the worst punishment they can get is a five-game suspension. This only happens after multiple failed tests, and there are certain loopholes in the league's policy surrounding medical use of cannabis. 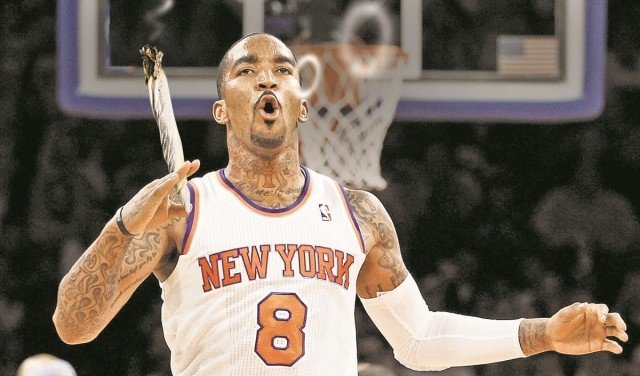 This picture is obviously fake, but it's JR Smith, so there's always a chance he's done this before.

Then, we have the NFL. The NFL's policies on marijuana sound like something the governor of Vichy France might have contrived. Josh Gordon was kicked out of the league for years because of his habit and only just recently returned, wasting half his twenties off the field. That isn't to say that the players don't use cannabis, just that the league is completely against it. 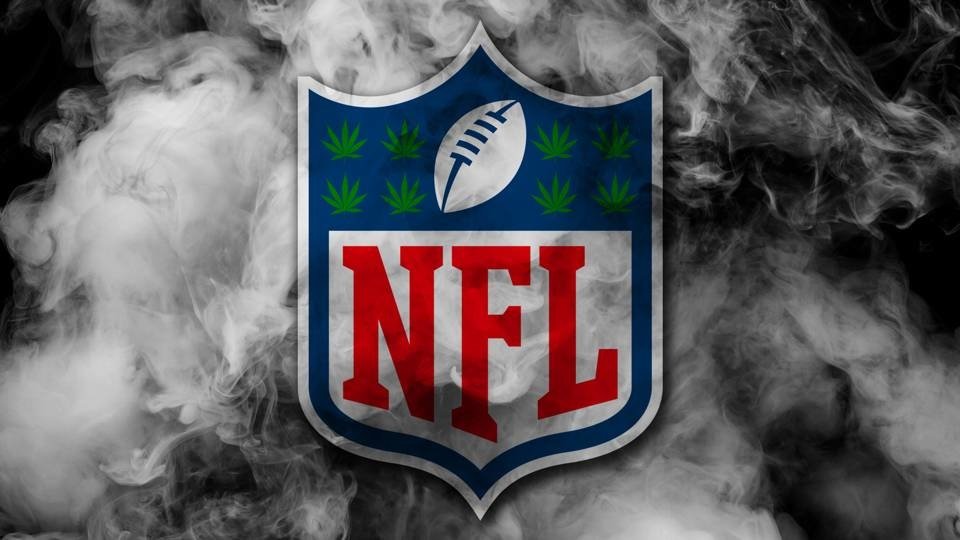 As more and more athletes are taking pro-legalization stances, it's important to consider what it is they're actually asking for and the myriad ways weed has helped former and current players cope with injuries, as well as the daily stresses of their sport. For example, Kyle Turley, a former offensive lineman, suffers from chronic traumatic encephalopathy (CTE) due to the dozens of concussions he received as a player. According to him, cannabis saved his life and helped him overcome his opioid addiction, suicidal thoughts, and violent tendencies. Many retired players suffer from CTE, and most of those stories don't have happy endings. Players often commit violent crimes and deal with suicidal thoughts after they leave the league, and if cannabis use is a means to prevent this, then in preventing its use, the NFL is complicit in the tragic way some of its players end up.

Still, while cannabis and CBD oil are both means for treating injuries after one retires from a sport, there are other players who unapologetically smoke while they're still active. NFL running back Ricky Williams reportedly smoked all through his first few years in the league and refused to stop even after he was suspended for an entire season. He now owns a cannabis-friendly gym in San Francisco. Former NBA All-Star center and forward Cliff Robinson used to smoke pot to avoid using prescription painkillers while he was a player. Nowadays, he just smokes for fun. Last year, he debuted his own line of cannabis-based products. 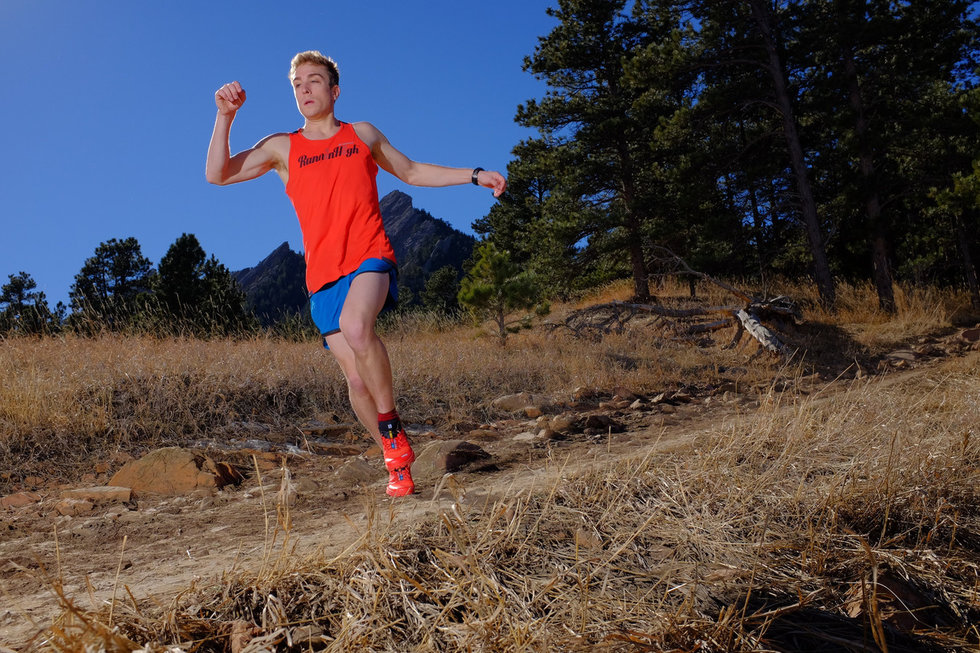 Even ultra-marathoners are toking up

Smoking isn't just for professional athletes, however. Many marathon runners have found that smoking marijuana before a long run helps them remove the stress associated with going the distance. According to some scientists, the chemical reaction in our brain that comes from smoking weed is very similar to the chemical reaction after a long run. For this reason, many runners believe that toking before a run makes the post-run euphoria that much more euphoric. If you compare runner's high to ice cream, then weed is the cherry, the whip cream, the hot fudge, and the candied walnuts.

Beyond that, bodybuilders use it. UFC fighters use it. Players in every major American sports league use it.

The benefits of combining weed and exercise are astounding, and the negative effects are virtually nonexistent. If ultra-marathoners can use it during 100-mile races, then it's definitely not affecting their lungs. That said, before you smoke and workout, it's a good idea to know how you react mentally to weed. If you're prone to paranoia or nervousness when high, maybe just use it as post-gym treat. If you're fine being in public, give it a try. The worst that could happen is you find yourself unmotivated and you go back home.

What Are CBD Seeds?

On the surface, CBD and THC seeds look nearly identical in shape, size, and color, and at this early stage, the amount of CBD or THC that exists in the seed is minuscule.

Beginning cultivation of a new cannabis crop requires the right seed type to be chosen for the grower's specific needs.

When producing cannabis products, one major consideration is the ratio of THC (tetrahydrocannabinol) and CBD (cannabidiol) desired in the plants' buds. This step in the growing process should be tailored to each unique occasion because cannabis patients can vary in how they benefit from either of the two main chemical properties found in cannabis.

For example, one person may thrive with strains producing high amounts of THC and trace CBD, whereas a different person with similar ailments may prefer a strain that consists of high CBD and minimal THC. Additionally, some patients find alternating between strain ratios may also be beneficial. To best suit their clients' needs, growers must continually educate themselves on each compound's strengths and weaknesses.

On the surface, CBD and THC seeds look nearly identical in shape, size, and color, and at this early stage, the amount of CBD or THC that exists in the seed is minuscule. As the plant begins to grow, its genes determine how much of each chemical compound the plant will produce in its final product—the buds. Considered the second most common chemical in cannabis, CBD is a non-psychoactive organic chemical compound that assists in everything from anxiety to pain relief, without the fog-like effects of THC. Similar to standard THC strains, CBD plants are often blanketed in terpenes that provide the strain with distinguished aromatic and medicinal benefits.

High concentrations of CBD specific strains can also help improve severe medical conditions such as seizure disorders or Crohn's disease. It is also highly effective for age groups that are more sensitive to THC, such as children and the elderly, or in circumstances where THC is not a practical solution.

As an added benefit, CBD seeds that only contain a small amount of THC in their strain profile, generally less than 0.3%, are considered to be fully legal hemp products rather than standard cannabis that is often subject to local and federal regulations.

As with most other plant-derived medications, CBD percentages per plant can vary, even if they are from the same genetic lineage. When selecting a premium strain to cultivate, a specific ratio and percent range will be accessible to assess the approximate amount of CBD one can expect in that strain. Another unique feature that all of our CBD strains have is that the seeds are feminized as well. This allows time and resources to be saved and dismisses the need to determine the gender of your plants.

These strains help fill demand gaps for patients who prefer to participate in non-psychoactive treatments without sacrificing the distinctive benefits that cannabis plants provide.

Similar to common THC plant strains, CBD oriented crops can vary in potency and proportion, and other elements such as terpenes should be considered when browsing and selecting the best strain for your growing ventures from our comprehensive 2020 catalog.

From Your Site Articles
Wellness

Is it still good?

Maybe you have found a lost stash when you were cleaning your room or stumbled upon some old bud in the pocket of that jacket. You may ask: Is it still good?

The answer to these questions depends on a number of factors. In general, cannabis that has been properly stored in an airtight container in the dark can stay fresh for up to a year. But the short answer is: Yes. Cannabis can essentially go bad. It has a tendency to lose its potency or "effect" over time due to a number of factors.

For most people, the storage conditions of cannabis are less than ideal. Exposure to light and air breaks down the chemical compounds (cannabinoids such as CBD) found in cannabis and various terpenes, causing the plant to lose its aroma, flavor, and potency. Even if it may still provide relaxation and pain relief, cannabis that has been stored for long periods or constantly exposed to air (i.e. zip lock baggie) will eventually dry out, producing harsh smoke. On the other hand, cannabis that has too much moisture may develop mold.

Many may also be surprised to learn that it can also lose its potency the more a person handles it. In a nutshell, the chemicals such as cannabinoids and other bioactive compounds are produced in little sacs. In handling the marijuana, there is great potential for a person to break those glands, exposing the chemical.

Additionally, smoking moldy cannabis can cause health issues such as headaches, breathing problems and other flu-like symptoms. Another important factor in keeping your cannabis fresh is carefully monitoring your cannabis product, so you can get a good idea if it's gone bad. If the flower is really dry and crumbles easily, then you can still use it but be prepared for harsh hits. If you see white fuzz, dark spots or your marijuana smells musty or off-putting, just toss it out. It's simply not worth the headache an everything that comes with it

Lastly, always put your cannabis in an airtight container and store it in a dark, cool place. As mentioned, any exposure to UV sunlight or even storing your dry herb close to electronics or flammable devices can pose a serious hazard. And despite all of the myths out there, please, whatever you do, we advise that you do not store cannabis in extreme template uses, say a refrigerator. This not only can destroy the taste of your cannabis, but it can also cause cannabinoid degradation, which can decrease its effectiveness for providing maximum relief— be it mental or physical.

From Your Site Articles
Related Articles Around the Web
Loading ...

Does Your Pet Hate the Sound of Fireworks on July 4th? CBD Could Be the Answer!

Does Topical CBD Really Work? My Review Of Prima CBD